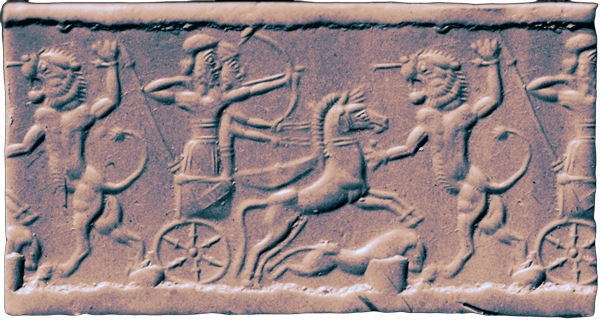 Previously the doings of the world had been, so to say, dispersed, as they were held together by no unity of initiative, results, or locality; but ever since this date history has been an organic whole, and the affairs of Italy and Africa have been interlinked with those of Greece and Asia, all leading up to one end.

The ancient world was as interconnected and complex as our own. Over the millennia, new cultures and dynasties arose, expanded, and waned, affecting not only their regions of origin but the other civilizations and cultures with which they were in contact. Cultures traded, invaded, conquered, learned and appropriated from, rejected and embraced one another, and the materials, literature, art, religion, politics, and traditions of various ancient centers often resonate with traces of these forms of contact and conversation.   In this course, we will explore various ancient cultures and their contact with and influence on one another. By examining the societies around and beyond the Mediterranean holistically, we will attempt to capture a view of what Polybius’ called “an organic whole” in which interconnection and innovation both played definitive roles in shaping the art, architecture, and cultural fabric of ancient societies.

This website is a growing record of our explorations.

Questions about this course or its materials may be directed to Dr. April Jehan Morris at april.j.morris@ua.edu.