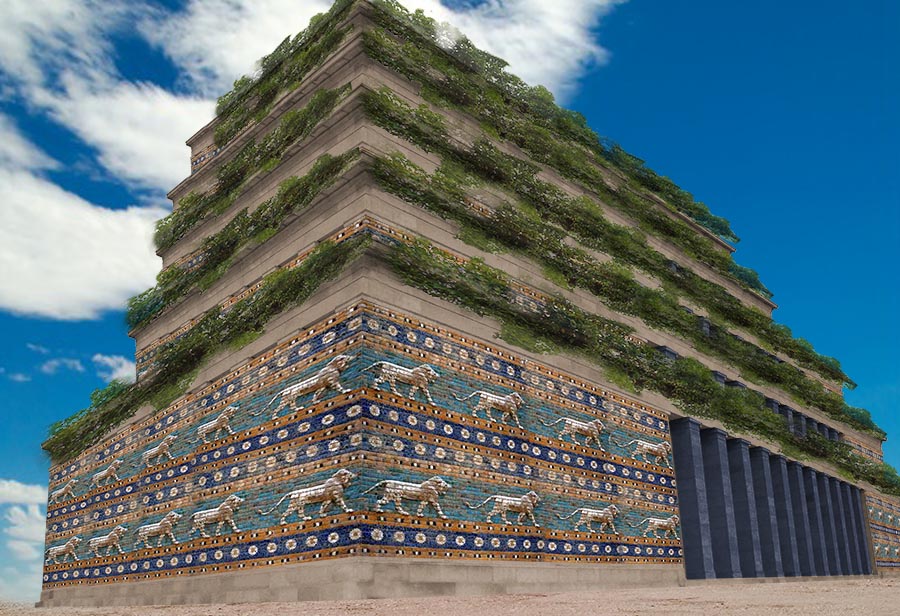 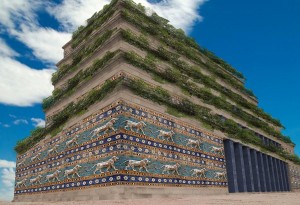 Long ago in ancient times many cities were developed in the desert despite the inhospitable environment it provided. During this time mankind not only prevailed in this harsh environment, they thrived in it, building the most miraculous cities known to this day. Some of these cities were so spectacular that they are renowned as part of the ancient wonders of the world. The Hanging Gardens of Babylon are one of the seven marvelous spectacles that existed in this time period with exotic flowers and other greenery cascading from the heavens. This city demanded attention and has been documented by many with its towering walls and beautiful landscape overlooking a vast, dry desert,  although its existence is still questionable today.

As the story tales by ancient sources the nature and idea of building this unbelievable feat came about through the King Nebuchadnezzar around 600 BC. The city was constructed for his wife Amytis because she was homesick from her verdant and mountainous homeland Media. She was depressed from the flat and arid landscape of Babylon, thus the elaborate garden was constructed to replicate her lush homeland (Ancient History).

New evidence provided by an 18 year study by Stephanie Dalley of Oxford University has concluded that the gardens were not built by the Babylonians but instead by the Assyrians in the north Mesopotamia. She believes that this unbelievable feature was achieved by the Assyrian king, Sennacherib. Sennacherib describes his city as an “unrivaled palace” and a “wonder for all peoples.” He goes on to describe the water – raising screw made using the new method of casting bronze. “Dalley said this was part of a complex system of canals, dams and aqueducts to bring mountain water from streams 50 miles away to the citadel of Nineveh and the hanging garden. The script records water being drawn up “all day” (The Guardian).

“A vast labour force was put to work producing mud bricks in uncountable numbers which, under the supervision of the royal architects, became palaces, temples, gates and magnificent city walls, on a scale that must have overawed visiting dignitaries and subject people alike. A particular hallmark of this architecture was the use of blue glazed bricks to face the most imposing monumnets, while similar bricks with moulded reliefs of lions, bulls and dragons were added to reinforce the splendour and power of the king’s city (Clayton and Price).”

Herodotus, a greek historian, wrote “ In addition to its size Babylon surpasses in splendor any city in the known world.” “Herodotus claimed the outer walls were 56 miles in length, 80 feet thick and 320 feet high. Wide enough, he said, to allow two four-horse chariots to pass each other. The city also had inner walls which were “not so thick as the first, but harshly less strong.” Inside these doubled walls were fortresses and temples containing immense statues of solid gold. Rising above the city was the famous  Tower of Babel, a temple to the god Marduk, that seemed to reach to the heavens.” Although, archaeological excavations have disputed many of his claims (unmuseums). Berossus is the only writer to credit the king Nebuchadnezzar II with the construction of the Hanging Gardens by saying “In this palace he erected very high walks, supported by stone pillars; and by planting what was called a pensile paradise, and replenishing it with all sorts of trees, he rendered the prospect an exact resemblance of a mountainous country. This he did to gratify his queen, because she had been brought up in Media, and was fond of a mountainous situation.”

Diodorus Siculus, a writer from 60-30 BC, describes the city, “The park extended fourplethra on each side, and since the approach to the garden sloped like a hillside and the several parts of the structure rose from one another tier on tier, the appearance of the whole resembled that of a theatre. When the ascending terraces had been built, there had been constructed beneath them galleries which carried the entire weight of the planted garden and rose little by little one above the other along the approach; and the uppermost gallery, which was fifty cubits high, bore the highest surface of the park, which was made level with the circuit wall of the battlements of the city. Furthermore, the walls, which had been constructed at great expense, were twenty-two feet thick, while the passage-way between each two walls was ten feet wide. The roof above these beams had first a layer of reedslaid in great quantities of bitumen, over this two courses of baked brick bonded bycement, and as a third layer of covering of lead, to the end that the moisture from the soil might not penetrate beneath. On all this again earth had been piled to a depth sufficient for the roots of the largest trees; and the ground, when levelled off, was thickly planted with trees of every kind that, by their great size or other charm, could give pleasure to the beholder. And since the galleries, each projecting beyond another, all received the light, they contained many royal lodgings of every description; and there was one gallery which contained openings leading from the topmost surface and machines for supplying the gardens with water, the machines raising the water in great abundance from the river, although no one outside could see it being done. Now this park, as I have said, was a later construction.”

Quintus Curtius Rufus, active in the 1st century AD, referred to the writings of Cleitharchus when writing his own documentation about the Hanging Gardens describing it, “The Babylonians also have a citadel twenty stades in circumference. The foundations of its turrets are sunk thirty feet into the ground and the fortifications rise eighty feet above it at the highest point. On its summit are the hanging gardens, a wonder celebrated by the fables of the Greeks. They are as high as the top of the walls and owe their charm to the shade of many tall trees. The columns supporting the whole edifice are built of rock, and on top of them is a flat surface of squared stones strong enough to bear the deep layer of earth placed upon it and the water used for irrigating it. So stout are the trees the structure supports that their trunks are eight cubits thick and their height as much as fifty feet; they bear fruit as abundantly as if they were growing in their natural environment. And although time with its gradual decaying processes is as destructive to nature’s works as to man’s, even so this edifice survives undamaged, despite being subjected to the pressure of so many tree-roots and the strain of bearing the weight of such a huge forest. It has a substructure of walls twenty feet thick at eleven foot intervals, so that from a distance one has the impression of woods overhanging their native mountains. Tradition has it that it is the work of a Syrian king who ruled from Babylon. He built it out of love for his wife who missed the woods and forests in this flat country and persuaded her husband to imitate nature’s beauty with a structure of this kind.”

Based of the lost account of Onesicritus Strabo from 64 BC – 21 AD describes the gardens, “Babylon, too, lies in a plain; and the circuit of its wall is three hundred and eighty-five stadia. The thickness of its wall is thirty-two feet; the height thereof between the towers is fifty cubits; that of the towers is sixty cubits; and the passage on top of the wall is such that four-horse chariots can easily pass one another; and it is on this account that this and the hanging garden are called one of the Seven Wonders of the World. The garden is quadrangular in shape, and each side is four plethra in length. It consists of arched vaults, which are situated, one after another, on checkered, cube-like foundations. The checkered foundations, which are hollowed out, are covered so deep with earth that they admit of the largest of trees, having been constructed of baked brick and asphalt – the foundations themselves and the vaults and the arches. The ascent to the uppermost terrace-roofs is made by a stairway; and alongside these stairs there were screws, through which the water was continually conducted up into the garden from the Euphrates by those appointed for this purpose, for the river, a stadium in width, flows through the middle of the city; and the garden is on the bank of the river (World Public Library).”

To date there is no archeological evidence proving the existence of the Hanging Gardens in Babylon, even with Dallas’ research concluding a huge garden was built by the Assyrians the true identity and whereabouts of this remarkable city are still unknown. However, there are accounts documenting this marvelous city and therefore allow it to remain as one of the ancient wonders of the world.