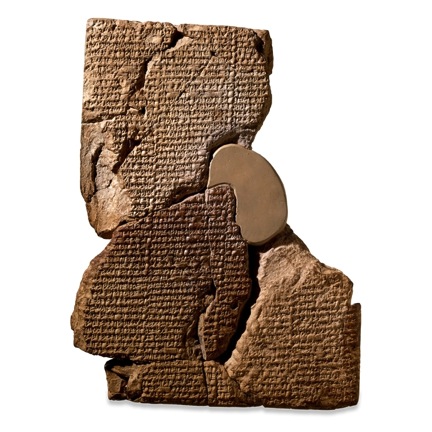 Anu is one of the father gods of Mesopotamia and completes a triad of gods including Enlil and Enki. Anu, referred to as this name in Akkadian culture, is seen as the supreme god who was the ruler of all the kings. Anu was indeed the most important god to the extent that if another god reached a higher level of importance, they would have been said to gain the status of, “Anu-power” (Stevens). Many of the other deities from this time would have been described as his children, since he is this father of all gods. His depiction in the Akkadian culture was a headdress with horns to show his strength and power.

Anu was also an important god to the Sumerian culture, but would have been referred to by the name of An. An was still depicted as this supreme god with just some different aspects within this culture. For instance, instead of being depicted with the headdress with horns, he was depicted as a powerful bull. Some say later this depiction was the Bull of Heaven, which An owned but still significant in relation to the god (Anu). Anu was a very important god for both of these cultures in leading all the gods, and especially in leading the society’s religious ceremonies.

Anu was worshipped in many cities throughout the time of Mesopotamia, but Urak was seen as Anu’s specific holy city. Anu was worshipped often with Inanna, god associated with grain. Therefore, when worshipping the two gods, the Mesopotamians would have often been worshipping for good weather and plentiful of food. Anu was seen also as the god associated with animals or vegetation that would have been crucial for their survival. Anu was also connected with being the god of all evil spirits and demons, such as Lamastu. Anu did have temples across Mesopotamia where people could worship him for being the creation of the universe and to give him offerings to continue having an abundance of animals.

The object I have chosen is found at the British Museum, it is the

Cuneiform tablet with the Atrahasis Epic. This epic explains Babylon’s version of the flood story. It depicts Anu being the ruler of heaven and the gods, the earth ruled by Enlil and the water ruled by Enki. This story explains how Enlil destroys everything by famine, drought, and finally a large flood. After, the gods were very unhappy because there was no one left to worship them and give the gods offerings. This is a very important story to the Babylon religion. Anu is seen here as the supreme god, but within this story he does not commit much action to the actual story. This kind of goes to show that in the culture of Babylon even though Anu is above all gods, he is not important in specifically being worship because other gods had more specific roles in their everyday society. Anu was still worshipped for his power and creation of the universe, but this is why there are not as many depictions of him in temples by himself but associated with other gods.