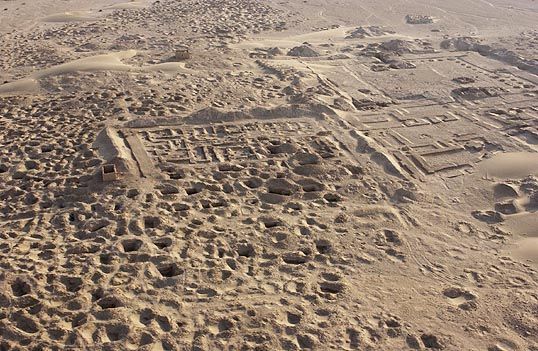 When asked about the war in the Middle East, ancient dig sites aren’t exactly the first thing that comes to mind for most people. The harsh reality is, however, that militant groups are exploiting important archaeological sites all over the Middle East. The Middle East has lost many of its ancient artifacts throughout history, and is experiencing new loss due to conflict since the United States’ invasion of Iraq in 2003. Islamic militant groups such as ISIS and ISIL have been looting ancient sites in Syria and Iraq, but they aren’t the only ones to blame. Syrian government forces and groups affiliated to the Free Syrian Army have also been looting ancient sites (Mulder 2).

The most controversial topic surrounding the looting of ancient sites in the Middle East isn’t just who is responsible, but also who should be responsible for placing restrictions on these artifacts and their legality. An antiquities police force, created in 2008 to replace withdrawing American troops, is supposed to be responsible for protecting archaeological sites in Iraq. The antiquities police force was expected to have more than 5,000 officers by 2010, but the force’s officers totaled 106 (Myers A1). Not only the governments of these countries themselves should be held responsible for the looting, but international organizations like the UN also hold responsibility. Other than the governments and United Nations, the best way to stop the sale and distribution of looted artifacts is at the museums and with the dealers.

Looting has been and will be around forever, but could be greatly impacted using the appropriate methods. The international community could lessen looting through strong restrictions on the sale of antiquities. These restrictions can be enforced by the UN, national governments of the Middle Eastern countries, and the museums that collect the antiquities (Mulder 4). The UN or national government of the country the artifact(s) is from should take the lead on the trafficking of these artifacts. These governments should place strict policies on what antiquities can be exported, and give the dealers of the antiquities official export licenses. The UN, like it did with Iraq, could ban the sale of antiquities from Syria. Museums and galleries might have the biggest responsibility regarding the market for looted items. Museums often look over or don’t look into the trail behind an artifact. Museums are actively purchasing looted artifacts, resulting in an increase in demand of these artifacts. Museums could place responsibility on the dealers to prove the artifacts were legally attained by demanding an official export license from the country of origin (Mulder 4). Failure to comply with this demand could result in punishment, like a hefty fine, from the UN.

Starting with the national governments of the countries where the looting is taking place is a crucial point for the fight against looting. Once the national governments and the UN implement stricter policies on what antiquities can be exported and sold, the battle against museums and dealers will be much easier won. Though looting may never be completely prevented, starting at the source and working outward to the museums and dealers can greatly lessen the demand for looted antiquities.