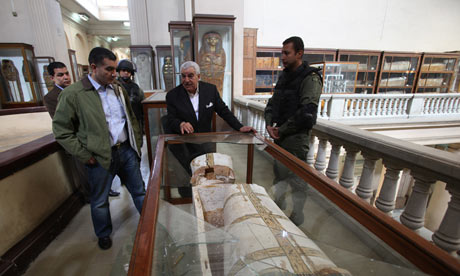 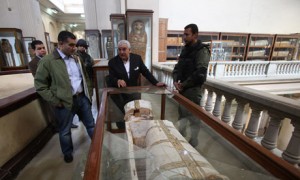 Throughout history there has always been a want and a need for what you do not have, today this same premise is demonstrated in the Middle East. Due to the amount of political and economic unrest in the Middle East, they have been under the worlds watch in more ways than one. With the uprising of gangs and more predominantly the Islamic State of Iraq and Syria (ISIS), an old phenomenon has resurfaced and has made a huge impact on these regions known as looting. ISIS is now looting the Middle East on terms of funding their military operations of the region. Archeologists fear the reoccurrence of the looting fiasco from over a decade ago from the U.S. intervention in Iraq in 2003. This hereby shed light onto a more controversial topic of whether international communities should intervene to help preserve these ancient artifacts that are so dear to the locals, region, and global community.

To date there has been little international involvement with the Middle Eastern problem of the need to protect and preserve the ancient civilizations that have been discovered or for the sites that have yet to be discovered. With the help of satellite technology, Sarah Parcak and her team have discovered images of buried and looted landscapes that in part discover buried cities, temples, and artifacts that could have never been seen with the naked eye. This is a huge help to the international community and has helped archeologists monitor activity of these sites. 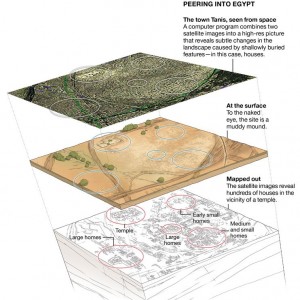 While laws have been long disregarded in terms of the illegal activity of cultural artifacts inside the Middle Eastern borders and outside, there is a desperate need for a bigger solution. Now the internationally community and the museum community are working together to find a rightful way to preserve these ancient civilizations and with due time a solution stating that that they both are “calling for improved procedures at the international and federal level to prevent such practices”(Vlasic2). The need for this was seen in the United States in 2011, when three art dealers were accused of running an antiquities smuggling ring. The accused stated that they were able to lie about the place of origin, provenance, value, and the physical artifact. Apparently illegal art dealers routinely do not tell the truth of the history of ownership. Another way the international community should intervene is to establish more effective guidelines for the transfer and sale of cultural property from North America and the Middle East through more circumvent customs inspections.

So in time, to prevent this from happening, the international community should intervene to stop this horrific crime of destroying the long line of heritage these Middle Eastern countries and the world have highly regarded for generations. This can be done through mapping to locate the areas and more effective international transportation laws and establishing more effective customs inspections.